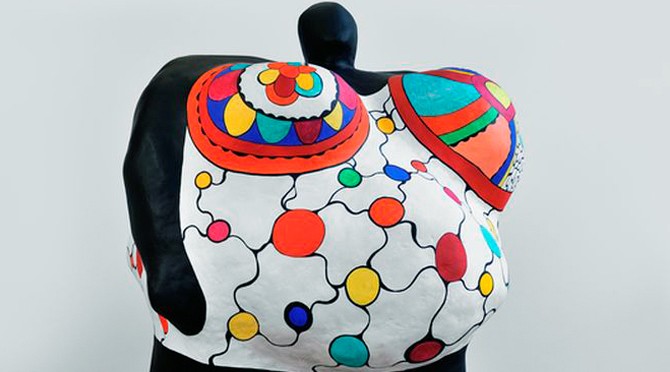 There are three ways to aesthetically correct the abdomen:

Adominoplasty therefore aims at correcting an abdominal wall by removing excess abdominal fat and skin. At the same time, treatment of excess fat using liposuction can be performed together with a possible correction of slack abdominal muscles (diastases, hernia). The stomach is thus sculpted leaving a long scar that is, however, positioned along where the waistband of a G string would sit.

scar is long but follows a G-string superior line

Abdominoplasty enables the stomach to be sculpted, yet the result can only be maintained by daily abdominal exercise and weight stability.

This is the classical surgical technique with a dissection running up to the crease under the breast, the removal of a section of skin under the naval, traction of the underlying skin and stitches. The navel is put back to its usual position by an incision placed in the slackened skin. The scar is positioned on top of the pubic hair and runs into the folds of the groin.

This technique is proposed when there is less slackening of the skin. The protrusion is limited to the section under the naval and a small amount of skin is removed. Whilst the operation is shorter, it does have the disadvantage of running the same risks as those of a standard abdominoplasty and patients should be made aware of this. Furthermore, this operation moves the naval down towards the pubis.

The skin is not redraped towards the pubis, but towards the breasts. This operation is not commonly performed because it is limited to the zone above the naval and since secondary extension of the scar is almost inevitable in the zone between the two breasts.

High Superior Tension Abdominoplasty has 3 aims: to avoid the risk of lymphatic effusion, to avoid risks of superior residual bulging and to limit the risk of skin necroses.

Initially, liposuction is performed uniquely in the section that will be preserved in order to alleviate pressure on the flap. Downwarding of the flap towards the pubis is smoother, thus the correction will be better and the scar lower.

To protect the lymphatic vessels, the dissection is firstly made on the surface, then changes path at the level of the naval (where there are only slight lymphatic ramifications) and moves upwards deeply towards the crease under the breasts.

The creation of an internal muscular corset enables the risk of secondary upper bulges to be avoided. The tension is mainly on the area supported by the naval and tension in the lower area is slight, thus limiting the risk of skin necroses.

Practical advice prior to the operation

Do not arrive too morally or physically tired to the operation. Let us know about any change in your state of physical or mental health and do not forget that there is never any urgency to carry out an aesthetic operation.

Medicines that cause bleeding are prohibited during the days leading up to the operation : Aspirin, Anti-inflammatory medicines, Anticoagulants, Vitamin E….

The operation will be cancelled if preoperative advices are not adhered to : fast, stopping smoking…

When preparing your belongings DO NOT FORGET YOUR MEDICAL FILE AND PRESCRIBED SUPPORT (anti-thrombosis tights and / or lipo panties.)

Where possible, do not bring any valuable jewellery with you (or put it in the safe at the clinic with your other valuables during the operation.) Bring with clothing that is not put on over the head and is not too tight around the waist. Men should use braces instead of a belt.

Have a shower or bath before coming to the clinic and make sure your hair is clean; women should obviously not wear nail varnish or make-up. Do not shave your pubic area before coming for the operation (risk of germs if there are micro-cuts, therefore a risk of infection during the operation.)

Prior to the anaesthetic contact lenses, dentures and hearing aids must imperatively be removed.

The operation is always performed at the clinic under general anaesthetic

Dr Le Louarn will prepare the markings with you prior to the operation. They are very important to determine the position of future scars under your underwear.

The operation lasts from 1.5 to 2 hours.

After the operation, you will be given a bandage and your support tights will be put on you. Upon waking up, you will be in a semi-upright position with your legs slightly bent to limit traction on the scar. You will have drains to limit the risk of haematomas.

As of the day after the operation, you will be asked to get up to reduce the risk of embolisms. Due to traction on the scar, you will walk bent over forwards. It is only after a few days (8 to 15) that you will be able to stand straight.

Prepare clothing that is not too tight around the waist for when you leave hospital. Men can replace their belt with braces.

For the first few days at home you must relax as much as possible and avoid all over exertion. However, you should walk a little several times a day to prevent the risk of embolisms and should eat enough to enable healing.

You will not be able to stand straight for the first few days, so you will be unable to reach for anything placed high up. If you plan, for example, to cook, in post-operative period you will have to temporarily reorganise your cupboards.

It is important that you do not smoke for 15 days in order to facilitate healing and reduce the risks of necroses.

Note down the telephone number of the office ( 01 45 53 27 17 for France and 33 1 45 53 27 17 for international call), and the number of the clinic near your home telephone and in your mobile phone. Do not hesitate to call us if you are worried. Call us if you have a temperature, experience weeping, pain or other symptoms that give you cause to worry.

Leave from work: 2 weeks
Tights anti-thrombosis tights for 8 days
Corset 8 to 15 days
Stitches will be absorbable or removed 15 to 20 days after the operation
Bruises 15 to 20 days
Swelling at its height on 3 rd /4 th pre-op day then fades progressively
Scars 6 to 9 months before they whiten
Abdominal exercises to be resumed 1 month after the operation and performed permanently thereafter

In most cases, operations run smoothly and patients are happy with the result. However, before deciding to go ahead with an operation, you should be aware of the risks and possible complication.

General risk of infection is limited by antibiotics before and after the operation when it is performed under normal conditions and when pre and post-op care and advice are adhered to. You will notably be asked to initially wash every day to keep the scars clean and to respect the antiseptic and antibiotic prescriptions.

Haematomas are very rare complications, but need to be evacuated rapidly. They tend to occur in the hours following the operation. The risk of haematoma rises considerably when medicines that can cause bleeding are taken pre and post-op. Cases of haematoma have also been reported after aeroplane journeys made too soon after the operation (due to the variations in atmospheric pressure.)

Immediately after the operation a scar may inflame or weep, requiring specific local treatments that can often be long. Respect of advice concerning cleanliness, stopping smoking and attendance of monitoring sessions will be decisive. In the mid-term, a scar can sometimes develop poorly: thicken, expand, form keloids. This principally depends on the type of skin (red or black skins experience more problems) and health behaviour (cigarettes and the contraceptive pill increase this risk.)

Risks during any aesthetic operation: asymmetry, a result judged as insufficient or excessive, need to touch up results, sensitivity issues

The way in which tissues react to an operation is always specific and, to a certain extent, unpredictable. It depends on the patient correctly following the doctor’s recommendations, but luck also plays a role. This is why all risks of asymmetry, unsatisfactory or excessive results and the need to touch up results are evoked prior to any aesthetic operation.

Imperfections of the result

Seroma is usually caused by the section of the lymphatic trunks. Effusions may require draining. Usually they dry with no further consequences, but if they persist for several months, a further operation may be required to remove the residual envelope after the halt of the effusions. The High Superior Tension Technique was initially initiated especially to avoid lymphatic trunks section thus seroma.

generally limited and localised above the pubis. Stretched necroses are very rare, but it should be noted that this risk is heightened by cigarette and excessive traction on the extremity of the pubic region. The risk induce by traction is much better controlled with the High Superior Tension Technique since the tension is high on the navel (upper part of the flap) and low on the flap extremity (pubic area).

Thrombo-embolic troubles are the most dreaded complications, even if they remain extremely rare. The phlebitis can sometimes lead to pulmonary embolisms which can be fatal ( 1 in 10 000).This risk increases with long haul flights too soon after the operation , by certain pathologies and when an operation is performed in the low basin area (which applies to abdominoplasty). This is why an anaesthetic consultation and the respect of preventative measures will be decisive: anti-thrombosis supports, respect of potential anticoagulant prescriptions, halt of all progestin treatment, etc. Furthermore, if the anaesthetist feels that the patient should be rejected his decision is definitive. If in doubt in the postoperative period a blood test can be performed to measure the D Dimere and research impending thrombo-embolic problems.

Two to three months after the operation, a first evaluation of the result can be made. However, scars and tissues can experience an inflammatory peak at that moment. This is why it is often necessary to wait for nine to twelve months to see a final result.

Usually an appreciable aesthetic result is achieved with real psychological benefits and in many cases the patient’s comfort is also greatly improved.

The final appearance of the scar depends on the reaction of each patient and cessation of smoking will be a decisive factor.

The longevity of the result of abdominoplasty depends essentially on health behaviour. The effect will be long-lasting depending on 2 conditions: daily abdominal exercise and the limitation of significant weight changes. Pregnancies are possible but can affect the result.

By way of conclusion, we remind you that precise and detailed information, an in-depth analysis of the reasons for the operation, teamwork between the patient and the surgeon during the preparatory phase, the search for surgical excellence coupled with a good analysis of benefits and risks, the respect of pre-op and post-op advice and regular monitoring of the patient are all key elements for aesthetic surgery to be a success.

You can find information in English about abdominoplasty surgery in the « Abdominoplastia » section of the ISAPS’website (International Society of Aesthetic plastic Surgery) chapter: « Info for patients ».
www.isaps.org

Specific information deliverd on this website is based on Doctor Le Louarn’s practice and on his scientific works :

In this field , the following publications and works can also be listed (this list is obviously not exhaustive and may be amended) :

Top of the page